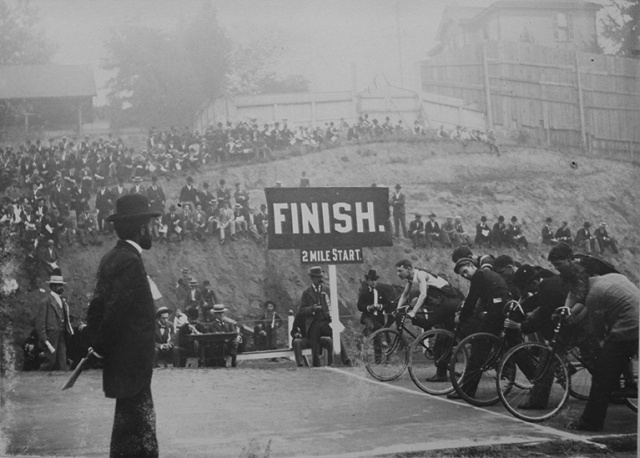 Multnomah Athletic Club in Portland, Oregon, just a stones throw away from the Strawberry Garage, was kind to donate this photo from the 1890's to my website. The venue is Multnomah Field where for many years bicycle track races were held. I am unsure but believe the track was flat - not a velodrome but I could be mistaken. MAC was founded in 1891 during the heyday of track cycling and for quite sometime the club owned Multnomah Field which is now home to the Timbers and Thorns soccer teams which are enormously popular. Cycle racing has taken a bit of a back seat to soccer.